Basketball fans are usually surprised to hear that Converse were such a big brand of basketball trainer, particularly in the early 1980’s (obviously the coolest decade). However, Converse had been a long-established brand. The following article looks at the relationship of Converse and Larry Bird.

How did Converse get Larry Bird and Magic Johnson to do a commercial together?

The 1980’s was a tussle for NBA championships between the La Lakers and the Boston Celtics. The Celtics led by Bird won the 1984 championship following an intense battle with the La Lakers which were led by Magic Johnson. Through the increased media coverage of the NBA, it was obvious that there was no love lost between the Lakers and the Celtics. If you haven’t got one already, checkout the Larry Bird Swingman Jersey (clicking the link will take you to the NBA Store).

Game 7 of the 1984 final, which was won by the Celtics, was the most watched NBA game on television up to that point in NBA history. The finals had been a crushing blow for Magic Johnson, who felt the loss to his arch adversary deeply. In the 1985 final, it was a rematch of the La Lakers and the Boston Celtics. Magic Johnson made the final the Magic Johnson show by slowing the pace and pulling off brilliant pieces of skill. The La Lakers won the 1985 Championship at Boston Garden inflicting a crushing defeat on the Celtics. Bird and Johnson were at the height of their rivalry.

Converse decided to get the two best established players in the NBA and design a trainer for them both this was the 1986 Converse Weapon. When Magic Johnson heard of the proposal he told Converse ‘You’re crazy, I’m not shooting no commercial with Larry.’ Eventually, Magic was persuaded and expected to shoot the commercial in LA. Bird was adamant that he would not appear in the Converse advert if it was filmed in LA. It was agreed that the commercial would be filmed in French Lick, Indiana in order to entice Bird to take part in the commercial. When Pat Riley saw the advert he said ‘I saw the limousine going through the corn field and I said no they didn’t sell themselves out.’

When filming came along both Bird and Magic wanted to complete the commercial as quick as possible, they didn’t even shake hands in games and therefore, both parties were unsure how they would do a commercial together. The first shot of the day was a one on one game situation both Bird and Magic had to check with the director whether it was a real game situation or a joke game, the director confirmed it was a joke game and this relieved tensions.

During the filming of the commercial there were breaks and there would be a dialog built between Bird and Magic. This led to the players sharing and enjoying jokes together. At lunch Bird invited magic into his house, where Bird’s mother had prepared food, rather than Magic having to eat in his trailer. It was when Bird was having lunch where he met Earvin, who he preferred much more than Magic (who was Earvin’s on court persona). During the lunch they became relaxed in each other’s company. Through the Converse commercial the two had a period of detente which over the years grew into a very close friendship.

Converse in the 1970s and 80s were the shoe of the NBA. However, by the mid 1980s with shoe brands such as Nike and Adidas, Converse were competing with rival trainers. Converse lost the title of being the basketball shoe of the NBA and from that point onwards it was a downward spiral. Within the Converse business there had been over reliance on the success of the Chuck Taylor trainer which had been popular in the late 1980s but popularity waned by the early 1990s. Converse entered receivership due to mounting debts and slowly managed to turn its fortunes round. In 2003 Converse was purchased by Nike for $309 million.

When did players stop wearing converse shoes in the NBA?

link to Where to get a Discount Code for the NBA Store?

Continue Reading
link to How Many Balls Are Used in An NBA Game?

All real hoopers know that the game ball is all important. As soon as you touch it before the game you know if you’re going to have a good night or not. A nice tactile ball with just the right...

This site is a participant in the Amazon Services LLC Associates and Webgains Programs, affiliate advertising programs designed to provide a means for sites to earn advertising fees by advertising and linking to Amazon.com. We are compensated for referring traffic and business to Amazon and other companies linked to on this site. 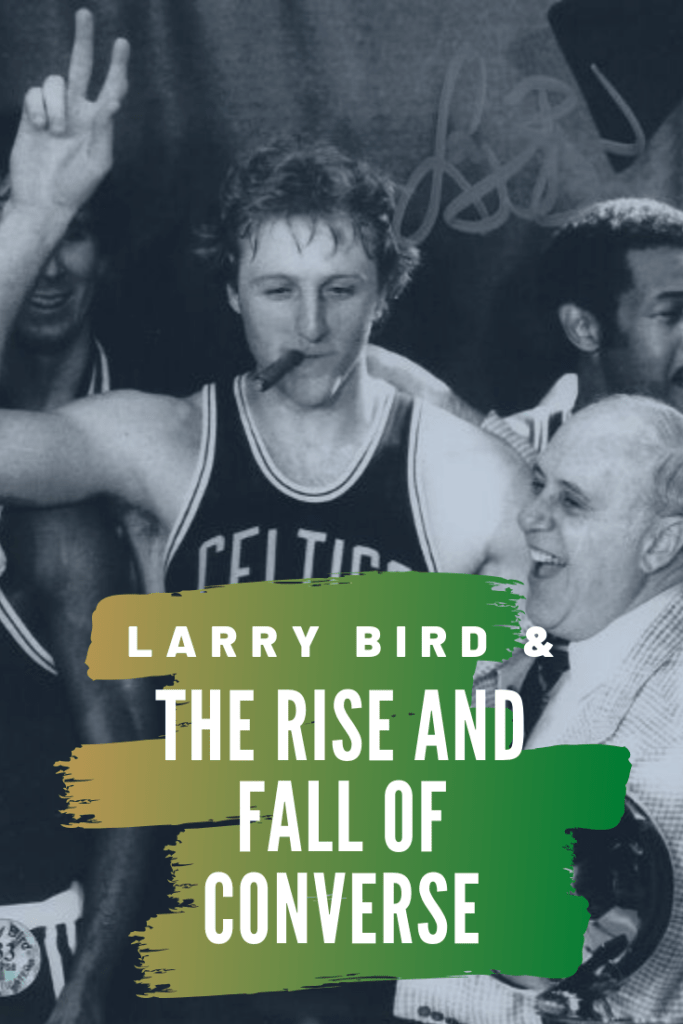